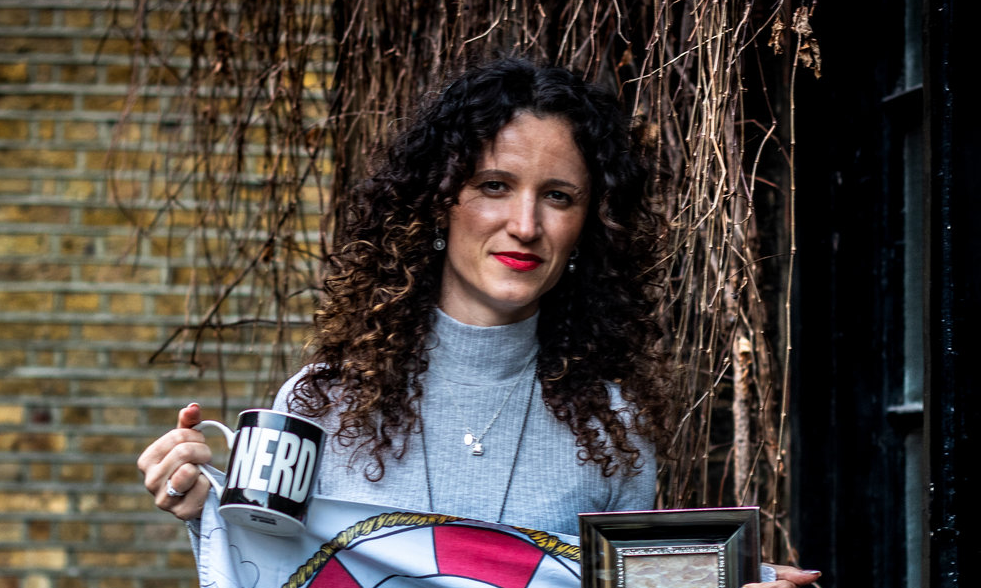 To signify 2019's International Women's Day, photographer and diversity advocate Yana Binaev's documentary photojournalism project launched with TMRW Magazine, designed to reveal the uplifting stories of eleven incredible, influential ladies who have made their mark and written their destiny despite a bumpy journey, including the woman at the heart of NERD's core, our founder Milana Karaica.

Yana quoted, "My aim in this project was to break the illusion that successful roads are smooth and shiny. Very often, those who watch from the side, forget about the hard reality that stands behind almost every successful story."

So what makes Milana one of Yana's eleven Women of Power?

Tell me about yourself in two sentences.
MK> I always seek. Whether it is creative, talent, opportunities, answers. I look for things. I am an observer. I like to empower people to be the best version of themselves.

What matters to you the most?
MK> Family. I don’t mean your blood family. For it’s my immediate family, my dearest closest friends and my work family because we spend so much time together and always have each other’s back.

What inspires you the most?
MK> People. There is nothing better than sitting down and having a conversation. It will always teach you something new.

What scares you the most?
MK> I have an irrational fear of failure. It is irrational, because, to fail is to learn. There is no such thing as to fail, you do a trial run and you do something again. Something different.

What would be your message to other young women who aspire to be doing what you are doing?
MK> It took me a long time to learn this one. Because of all the pressure we are under, we are forever trying to fit into a box. Even on paper, we are immediately fit into a box and categorised. Every form we fill out categorises us into Black, White, Mixed or other. Later it starts being about a social class and so on. We try so hard to fit into these boxes instead of giving the value to the special things that each one of us brings along. We try to fit in so much. After all these years I have realized it’s okay to be different. I am a massive equality advocate.

You chose five items through which you want to share your story. Tell me about them, and why did you choose these items.
MK> My first item is my engagement ring because, without my other half, I wouldn’t have been here today. He supported me through the hardest time of my career. Without him, none of this would have been possible. When things were difficult, he was the one to encourage me the most.

My second item is the photo of my sister and me. She is the younger sister, but she is my forever partner in crime and best friend. She is a hilarious person. She is very honest and approachable, a big influence in my life.

My third item is my little house chain, I bought a house when I was going through a divorce, as an attempt to not feel as a total failure at that time, that was my solution and I planned to make it to be a nice place before I am 30. I never actually had a proper home before that. Coming from a country that was a war zone, and then being an immigrant. Buying a house made me feel like I really have a home, even though it is just a physical home.

My fourth item is my 'nerd' cup, because when I was growing up being a nerd was not cool but as I have grown, I became proud about being obsessively working on something and being obsessed about animation, which is a form of expression. When a colleague of mine bought me the cup, I thought that’s actually very much me.

My fifth item is my Mickey Mouse pillowcase and it is my oldest possession. I don’t remember where I have it from but, we lost our house in the war. I was five when the war started. The house was destroyed; we lived in the part of Croatia that was essentially the war zone between Croatia-Serbia and Bosnia. Not the best part to live in.

When the gunfire started, we went to hide in the forest, but we didn’t think we wouldn’t come back to our house. My father was at the front lines, we didn’t even know he was alive until much later, it was only my mother and my sister at that point. After that, we fled to Serbia as we had some family there, and luckily, my parents were united again.

Being of Croatian nationality but of Serbian heritage wasn’t of the most pleasant thing to be, no one likes you. Messed up situation.
My parents struggled for a few years there but when Serbia got bombed in 1999, that’s when we decided to come here, to the UK. Years after, when my mum went back there, she found this pillowcase among the ruins of our house.

Tell me about a hard moment you had and were about to give up and how you overcame it.
MK> It was the time when I worked for about eleven years in a company that grew into an international giant and I was being promised I would make a partner, but my boss didn’t keep that promise. Instead, he vanished, moved countries, didn’t pay us, and left me as the face of the company putting all the blame on me. My other half was the person who stood behind me along with some of my dearest friends now, who are some of the most talented Directors and Illustrators that I work with. While I was depressed they were, the ones lift me up saying that I am the one that helps everyone with confidence problems and reminds them that they are good enough. They said, “We need a home, we need somewhere to work”. That is how NERD Productions started.

We wanted to share this article as we believe that every individual has a personal journey, their own story, their reasons for where they currently are. Whilst these events shape us into the individuals we know as ourselves it is important to recognise that regardless of what can hold you back in life, there is nothing stopping you from achieving your goals. Use these experiences as stepping stones, not fall backs, and allow them to encourage your self-growth.

A big thank you to Yana and TMRW Magazine!

Click here to read Yana's original full interview with Milana and all others featured in Women of Power.